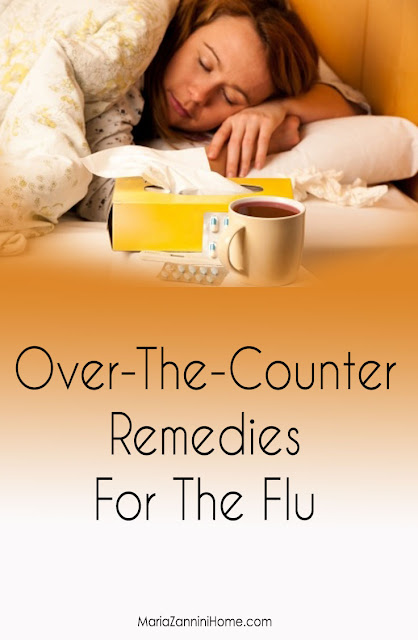 Did you know that you're the most contagious a whole day before you show symptoms and up to seven days afterwards? Also there is no cure for the flu, but there are anti-viral drugs to shorten the duration--if you take them early enough.

This time, the flu hit us hard and we never saw it coming. We're meticulous about washing our hands after touching anything at stores or other communal areas, and we've tried to avoid crowds, but it got us anyway. Why couldn't we be this lucky with the lottery?

One of the symptoms of the flu are tremendous headaches. I learned that these headaches are often due to dehydration. It seemed like we were sipping water all day and night, but apparently that wasn't enough.

Then I read that eating a few grapes or an orange helps fight dehydration because they're nearly 80% water. Luckily, I had a brand new bag of plump grapes in the fridge. It really helped! It didn't take away the headache, but it did reduce the pain. Keeping a cool (damp) hand towel on my head helped too. An old fashioned ice bag is good too.

Although all of it was awful, the headaches were the hardest on me. I think Greg would say the coughing was hardest on him, though I think we'll both be coughing for a couple more weeks to come.

Hot showers. A hot shower helps with congestion. If nothing else, sloughing off all those dead, sweaty skin cells will make you feel better.

What about "Feed a cold, starve a fever."? According to the Scientific American the adage is so old, it comes from a 1574 dictionary.

It's only half right though. You should feed a cold and a fever. In my case, I really couldn't see eating for the first couple of days. I tried to eat a piece of bread only so I could take some Tylenol, but for the most part I stuck to grapes, and later my homemade chicken soup. And water. Never stop drinking water.

Years ago I had to rush Greg to the emergency room when he came down with pneumonia. The first thing the doctor did was stick an IV in him. He went through three bags of fluids in minutes. He was so dehydrated he had to stay overnight. Since then, you'll never see him without his big tumbler of water or tea.

Sleep. This has always been my downfall. I cannot sleep more than six hours max. This time even though I kept waking up, I stayed in bed. When the bed became too uncomfortable I slept in a recliner, and if that got old, I slept on the sofa.

If you never get enough sleep, this is your time to make up for it. Sleep. Rest. Let the world take care of itself for a change. This is the time to take care of yourself.

Oscillococcinum. I've mentioned this product before. This helped me far more than the Tylenol, especially during the worst days.

If you suspect you might be coming down with the flu...

• See a doctor if your immune system is in anyway compromised.
• Stay hydrated. I am dead serious about this. Drink even if you don't think you're thirsty.
• Keep grapes and oranges in the house.
• Cold compresses for headaches
• Hot showers for congestion and body aches.
• Rest. Put someone else in charge of running your house and get some rest.

All these tips should help you get over the flu.

For all my friends who've already had the flu, you have my sympathy. It's miserable! If you haven't been touched, do what you can to avoid it. I can see how people with weaker constitutions can die from this.

Don't play around if you think you've come down with it. It's not worth your life.

For what it's worth, there's a silver lining to the flu. It's one more virus that's given me antibodies for the future. It won't protect against other strains of flu, but it can offer some immunity to the same or similar strains.

Maria Zannini said…
Madeline: There's something else going around. They say it's not the flu but it has many of the symptoms. I wonder if the people who died might've been misdiagnosed with this instead of the more deadly flu.

Stacy McKitrick said…
With all the times I've been to the hospital for doctor's appointments, I'm really surprised I haven't caught it. Sure, I got the flu shot, but was told that was only about 30% effective.
Glad you two are feeling better now.
February 26, 2018 at 4:36 AM

Maria Zannini said…
Stacy: Hospitals are the easiest places to pick up germs and viruses. I went in for an MRI once and came out with some awful full blown respiratory infection.

I was just reading an article on plague bacteria lurking in the soil, which was enough to freak me out. Flu is miserable. The Black Death... *shudders*

Maria Zannini said…
Jenny: Between super bugs in the soil and that flesh eating bacteria in the water, it makes a person question how we managed to survive for so many eons.
February 27, 2018 at 11:17 AM

Michael Keyton said…
I thought twice about reading this in case you were still infectious. Really glad you're up and running again. So far so good, so far . . . sick of washing my hands :)
February 28, 2018 at 4:21 AM