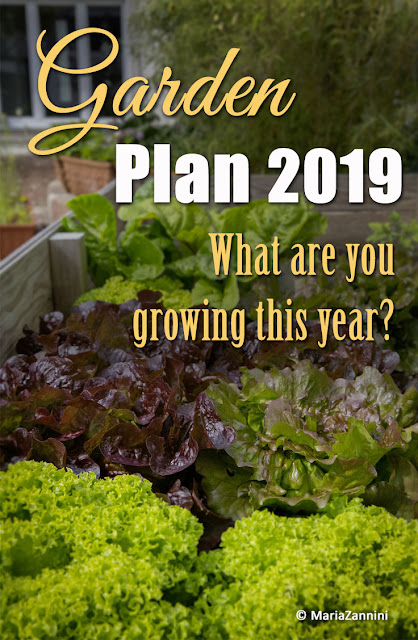 Sometimes I think it's more exciting to plan a garden than to harvest it. When I harvest, all I think about is how much more work I'll have to do to preserve it all.

But it's the beginning of the gardening season so it's time to dream and plan.

This year, I'm cutting out old favorites in favor of more practical options. As I do every year, I'm also including something new to me.

Corn: Corn is cheap. It might be all GMO, but it's so ridiculously cheap there's no way I can compete. That and we have the most horrid time trying to grow it. Everything, and I mean everything tries to eat it. From ants to worms to raccoons and birds. I give up.

Sunflowers: Surprisingly, it's both cost effective and easy to grow, but again, everything tries to eat it before I can cut them down. One year, the raccoons took out our entire bed the night before it was ready to be harvested. If Greg wants, he can grow a big swath of it in the back pasture. We've got plenty of room. I'm not going to bother with it though. If it makes it, it makes it.

What I'm cutting back:

Okra: Okra is a weird creature. We like it--a lot--but we never seem to get around to eating it. It always seems to get forgotten in the freezer. It's also wildly prolific by us. I think two plants this year instead of the usual six should do us.

Jalapeno peppers: We eat a lot of peppers. We love them, but we also prefer them fresh. It's not quite the same after they've been frozen. I think in lieu of extra jalapeno plants I might focus more on bell pepper and a new sweet pepper I found. They freeze well.

Parsnips: I've never tasted a parsnip. Neither has Greg. But a friend was singing its praises so loudly I felt I should try it at least once. It sounds like something we'd like. It requires a long growing season which we have.

Amaranth: My sister sent me these seeds and I'm dying to try it because I've never grown a grain crop. If I like it, I might try it on a bigger scale in the back pasture.

I'm going to try to get the cool weather plants like Brussels sprouts, cabbages, and lettuce out as early as I can. We heat up fast down here and it's a race against the season to get them harvested before summer arrives.

I'm also going to give summer squash another try. Squash bugs murder my plants every year. This year, we turned over the beds and picked out any larvae. It would be nice to have one more freeze before it warms up to kill anything we've exposed but I think that's it for our freezes.

We'll plant the loofahs again. They brought so many bees to the garden last year. I don't know what it is about loofahs, but bees and wasps of all sorts love this plant. I'd grow it just to feed them.

We had more compost than I thought and we managed to give each bed a healthy layer of compost. I also bought some Azomite. It's rock dust from Utah that has all sorts of trace minerals. I've been reading about it for years, and this year I thought, why not, I'll try it. I've read a lot of success stories about it from my gardening forums. I'll let you know how it did for us.

I'll probably experiment more with landscaping the front yard with edibles. I am not a grass person. I really detest the stuff. It's fine for small areas if you have little kids or pets, but it seems a waste to have a front lawn that does nothing but demand to be cut and fertilized.

I still haven't found the right ground cover, but I want it to be pretty, withstand our intense heat, and not require mowing. I don't want much, do I? LOL!

Now, what I want to know is if you've ever eaten parsnips. Do you like them? Is there any vegetable you absolutely don't like? For me, it's beets. Friends tell me it's because I haven't had them prepared right. Maybe, but I don't want to take the chance. :D

Madeline Mora-Summonte said…
I love jalapeños! Eating them, not growing them. :) I wonder if I could grow them in a pot....

We don't always have the best luck buying jalapeños though - sometimes they're spicy, sometimes not. I guess it just depends on the crop?
March 11, 2019 at 2:53 AM

Carole West, Garden Up Green said…
I have to agree with you, planning and planting are more fun than harvesting. I've never liked harvesting and why I've really simplified my garden because I actually prefer to eat fresh. This year I hope to get a freeze dryer. I said hope because it's pretty pricey and I need to first figure out where it would go. I find planting few plants and a larger variety of things has been fun.
March 11, 2019 at 4:19 AM

Just another day on the farm said…
Enjoyed reading your garden plans for the year.. very interesting about the luff bringing in the bees and such..
March 11, 2019 at 5:51 AM

Maria Zannini said…
Madeline: You want the TAM Jalapeno. It was created at Texas A&M University. It's got the same great flavor but a lot less heat.

Maria Zannini said…
Carole: We're the same way. We prefer fresh which is why I try to extend the growing season as long as I can. I am beginning to experiment with fermented foods though. Once I've done a few more batches I'll post a review. We really like it so far.
March 11, 2019 at 11:33 AM

I know your growing season is shorter. If you can get a hundred days of warm weather, you might be able to grow them or at least get them to the flowering stage to bring in more bees.
March 11, 2019 at 11:35 AM

Lisa Lombardo said…
It's always fun to see the garden plans for the new season! I am planning to grow more peppers (hot and sweet), eggplants, and early greens. I need to cut back on tomatoes...I always plant way too many...lol. :)

Jenny Schwartz said…
Parnips? Hmm. I'll add them to a winter soup, but that's it. My dad likes them mashed with carrot and butter - ugh. So glad to be an adult & never ever eating that again! Your garden plans sound good. As I'm typing this, I can hear cockatoos. Around here, they're the naughty critters who devastate sunflowers. But they're so smart and funny who can be cross with them - LOL other than the person whose sunflowers they've devastated :)
March 11, 2019 at 12:55 PM

Maria Zannini said…
Lisa: I found a new sweet pepper. It looks like a mini bell pepper but it's supposed to be sweeter. We shall see.

Our tomatoes didn't do well last year, so I'm doing some soil amendments to see if that corrects the problem.
March 11, 2019 at 3:34 PM

Maria Zannini said…
Jenny: There are a family of crows that've been watching me steadily this year. Mostly they caw at me while I'm cleaning pens, but I think they're watching the garden too.

Rebekah Loper said…
I like parsnips! My sister grew them several years ago. I haven't gotten around to root vegetables of any kind yet, myself, but I have 5 lbs of seed potatoes coming this week so I'll have to figure that out fast, lol.

Parsnips are better harvested after a frost, though, just fyi. So you'll probably want to count back from your first frost date to figure out planting time.
March 12, 2019 at 7:37 AM

Maria Zannini said…
Madeline: Ahh. I misunderstood. It's hard to get a consistent heat level. Stores must get their peppers from all over so it's the luck of the draw.
March 12, 2019 at 8:53 AM

Maria Zannini said…
Rebekah: I'm late planting my potatoes. I planned on getting a bag of seed potatoes from our local farm and ranch store, but I didn't like the look of them. Maybe I'll try somewhere else this weekend.

re: parsnips and frost
I read that the other day about parsnips. I might do a taste test between harvest times to see for myself.
March 12, 2019 at 8:57 AM

Stacy McKitrick said…
I've had mashed parsnips before. Thought they were potatoes, just sweeter. Fooled me! See? It's better I DON'T know what I'm eating when trying something new. :D
March 12, 2019 at 4:41 PM