What To Do After a Concussion 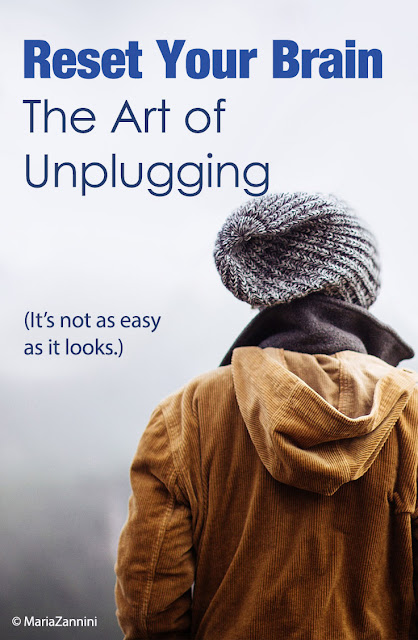 Never, I repeat, never get hit in the eye. It's not like a regular concussion where you hit your head and end up with a solid lump and a bad headache. The only protection the eye has is an eyelid. An eyelid! And all that does is keep dust out.

I was lucky in that my eyelid closed fast enough so that the prickly bits of the branch didn't gouge my eyeball. It was red, and the surrounding area around my eye was bruised and bloody, but it didn't take the eye out. That was my first concern.

I was driving the golf cart (too fast) when a low hanging branch caught the rim of the roof. I made a turn and as soon as it released it smacked me with full force.

At first, I was dazed. I actually saw stars and felt something ricochet from the back of my head. It felt like a bullet. Greg thinks it was the lubricant surrounding the eye that had been shot back with the force of a hydraulic pump.

Within hours, I started having unrelenting headaches. I was nauseous and unable to concentrate. There was pressure at the back of my head as well as the headache in front. My ears were ringing. For the first three days I couldn't even look at food, but I forced myself to drink water. Perhaps the strangest thing for me was that I slept 15-18 hours a day. I have trouble sleeping for more than 5 hours a night, so this was scary.

Finally, I went to the doctor. She confirmed it was a concussion and that I was to stay off the computer (or any monitor) for at least six weeks. At first I tried to defy the orders, but my brain knew best and would punish me with horrendous headaches if I spent even five minutes online.

The only advice I can give after getting this type of concussion is to rest. Your brain is trying to reset itself. Let it. Turn off your computer, forget about tv, and never mind about tackling anything detailed. Take a walk. It's the only thing that helped me.

After two weeks, I felt better but was still unable to look at a monitor. Sometimes I'd listen to television, covering my eyes completely. Most of the time, I'd tell Greg I was going to lie down and then not get up again until it was time for dinner.

Greg gets a Husband of the Year award. He really did take over and looked after me and all the animals. I'm so glad I didn't have to do this on my own.

The only residual problems I have are more floaters in my eye. It's annoying, but there's not much that can be done for that without possibly making it worse. I also seem to get headaches much easier than before. Noise, light, and too much tv/computer time sets it off.

Drugs helped very little. The best remedy I've found when I got these headaches was to go outside for fresh air. Although I'm over the hump I can tell it did some minor brain damage. Hopefully, time will heal this too.

Do you want to know what really disappointed me? I always read these articles about people who have concussions and they come out of them speaking a different language, becoming an instant musical prodigy, or a math wizard. Me? Nuthin. I could've done with a few minutes of clairvoyance. Long enough to get the winning numbers to the lottery. :D

I do want to thank everyone who emailed, texted, and called me while I was down. I figured after a few weeks everyone would forget about me, so it was nice to hear from my friends. Thanks, guys! It meant a lot.

Well, I have more news about the homestead, but that'll have to wait until next week. For now, I'm back. And with both eyes too!

Does anyone else have concussion stories? Do tell. How long did it take you to recover?

ANGELA L BROWN said…
While I haven't suffered a concussion myself, I'm aware of a young man who had to stop playing football after suffering a pretty bad one. It took him quite some time to get back to normal and it made it a bit difficult to finish out his senior year in high school.

Unplugging like you did sounds like the best way to deal with your situation. Glad you're over the hump and able to get online a little bit.

Just another day on the farm said…
I am so glad you are back and that things have been healing in a solid way despite it being difficult in its own way, I have been waiting for this post,.. I know you said, no screen time so I did not think it a choice that I could write as that would mean you where reading.. so please know.. I have been thinking of you and hoping the healing has gone well.

Take care and I understand the floaters.. I have one that comes and goes but if I am tired.. its there much more always.. it appeared after I took a very hard fall off a big old work horse when I was a teen and has been with me for the last 30 years

I did take a bad hit.. I had my hard hat on and even so, it gave me whip lash and a good concussion.. I know it would have been very bad indeed if I had not had the safety gear.

I ended up off work on workers comp for weeks.. and then light duty.. and I still can have light issues when I push myself to hard.. I haave
September 23, 2019 at 3:29 AM

Madeline Mora-Summonte said…
Welcome back! So glad to hear you're doing better!

Carole West said…
I'm so glad you're feeling better. I've been out of the area for months and remember you mentioning taking time away but couldn't remember why. I can't even imagine what this has been like.

Maybe wear safety goggles when driving around in the golf cart. You're a strong person and will get through this like a champ.

lynnviehl said…
So wonderful to see you're back, and hear that you're feeling better. May the recovery continue to improve everything for you.
September 23, 2019 at 4:42 AM

Stacy McKitrick said…
So glad you're on the mend! I'm thinking you need safety goggles, too. I don't know if I'd trust myself not to run into a branch again. Sending lots of hugs your way. And good Karma, too!
September 23, 2019 at 6:00 AM

marlenedotterer said…
I am so glad you are greatly recovered and I hope for more complete recovering to happen each day. I missed your posts but taking time off was the right thing to do. Also, no more accidents!
September 23, 2019 at 6:17 AM

Lisa Lombardo said…
I'm so glad you are feeling better! My goodness...what a horrible experience. I'm sorry you had to go through that. :( Take care of yourself, Maria!
September 23, 2019 at 7:55 AM

Sandra Ulbrich Almazan said…
Glad you're feeling better!
When I was fourteen, I lost control of my bike and crashed into a barbed wire fence. Had to spend the night in the hospital. And that explains my life ever since.
September 23, 2019 at 8:05 AM

Maria Zannini said…
I didn't get any emails telling me I had comments. I thought, oh man. No one reads my blog anymore. :(
I was shocked to see these comments.
September 23, 2019 at 10:48 AM

Maria Zannini said…
Marlene: The internet is a true addiction. In the beginning I was going stir crazy not being able to get online, but once I got used to it, I actually enjoyed being unplugged.
September 23, 2019 at 10:53 AM

Maria Zannini said…
Angela: I don't doubt that in the least. It's like being a shell of a person. You simply can't function at the level you were before. It's really pretty scary. I hope that young guy recovered fully. I wouldn't wish that on anyone.
September 23, 2019 at 10:56 AM

Maria Zannini said…
Val: Thanks, hon! And thank goodness for safety gear. Greg was nearly killed when a huge metal wheel fell off some equipment. He too was wearing safety gear, but it still knocked him unconscious. Fortunately, he has a harder head than me. :)
Seriously though, when I talked to his boss that night I let him know in no uncertain terms that such an event was unacceptable and I demanded action. Sure enough, when he returned to work every single wheel on the plant site was fitted with lanyards.

Concussions are not funny. I shudder at all the football players out there who are no longer functioning at capacity because of all the hits they've taken.
September 23, 2019 at 11:02 AM

Maria Zannini said…
Lynn: Thanks, hon! Today is the first day I've been online this long. I'll have to watch that. I can feel a niggling headache in the background.
September 23, 2019 at 11:06 AM

Maria Zannini said…
Stacy: I am not kidding when I say I am the clumsiest person you will ever meet. My brain is thinking ten steps ahead and my body is always trying to catch up. :D That's how all my accidents happen.
September 23, 2019 at 11:08 AM

Maria Zannini said…
Lisa: It had to be one of the scariest incidents I've had happen to me. You just don't understand what's happening and it's even harder to explain to people because from the outside you look fine.
September 23, 2019 at 11:10 AM

Maria Zannini said…
Sandra: OMG! You poor thing. I've had run ins with barbed wire and that was just getting a few jabs in slow motion--but crashing into one? How awful!

I'm not surprised you had to spend the night in the hospital after that. I'll bet your parents were horrified.
September 23, 2019 at 11:13 AM

mariazannini said…
Thanks, Jenny. I was expecting the doctor to tell me not to sleep so long, but instead she encouraged it.
September 25, 2019 at 2:50 PM