How I Finally Got a Good Night's Sleep 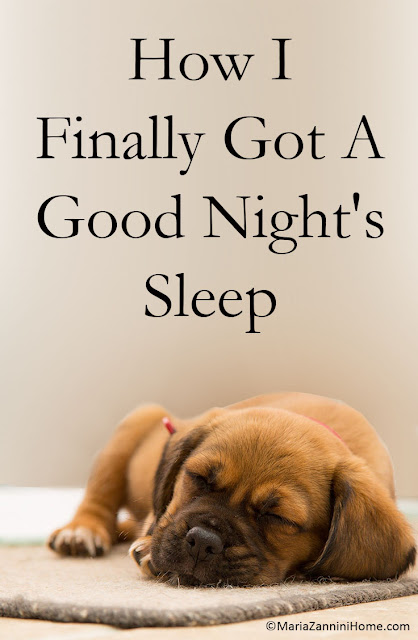 This is a tragic story about a woman who spent years trying not to buck tradition, only to discover it was the only way to get a good night's sleep.

Part of the problem stems from a back injury that resulted in piriformis syndrome. Piriformis is a muscle that runs alongside the sciatic nerve. I fell (really, really hard) and it traumatized the muscle, keeping me in excruciating pain whenever I sit or lie down.

I bought a new bed and that alleviated the problem for a little while.

Slowly, the pricey bed stopped working. Greg, who is much bigger than me is like a black hole. I'd keep falling into his gravity well if I didn't lie perfectly still on my little side of the bed.

I found myself getting up around 2am, unable to sleep in that bed. I usually went to the sofa which was quite comfortable (for the short term). When Greg finally retired and came to live with me full time, the 2am migration became a nightly ritual.

One night, I slapped myself in the head and decided to start using one of the guest bedrooms instead of the sofa. I'm as good as any guest, right?

Still, it didn't correct the problem. Our shared bed wasn't working anymore. Greg didn't have a problem with it so it was foolhardy to buy a new bed. The other beds were too small for both of us to fit comfortably.

To make matters worse, my 2am wake up call was steadily shifting earlier and earlier. At one point I simply waited for Greg to fall asleep and then I'd slip out to the other bedroom.

Then Coronavirus hit and I was saved. No kidding!

Greg got sick first in January. We thought it was the flu and treated it as such. He was coughing so much I gallantly offered to sleep in the other room so he wouldn't feel he was disturbing me.

That first night was heaven! I slept ALL night. The rest of the nights were equally blissful--at least until I caught the virus. Oy vey!

Fortunately, I claimed the smaller bedroom and even though I was sick, it was my little kingdom. I had my own bathroom, tv, water bottle and med station. Greg would come in to check on me every couple of hours, but really all I wanted was water or sleep. And for once I could sleep without my back hurting.

The virus gave us the push we needed to allow us to sleep in separate rooms with no hard feelings. After we both recovered, we discovered we both slept better alone.

We were caught up in the old mindset that married people should always sleep together. We do take the occasional nap together in the middle of the day, but the nights we keep to ourselves. We each get a dog (and I get the cat too).

Since then, we bought two new guest beds. We were expecting company in the spring and I wanted them to be comfortable. Who knew the virus was going to cancel all our plans, but at least we got new beds out of the deal. (Thanks, Mike!)

If you have trouble sleeping but haven't tried sleeping alone, try it, just once. It's made a huge difference in the amount of rest I get. I'm only sorry I waited so long. Even Greg says he's sleeping better...except when Odin, the giant puppy beats him to the bed. 😏

Mike Keyton said…
Ref bed, I feel less guilty now (a little less) thanks, Maria. �� ref separate beds, I dutifully pad out when my snoring gets too bad and we both feel the benefit
August 10, 2020 at 11:54 AM