The Plans We Make 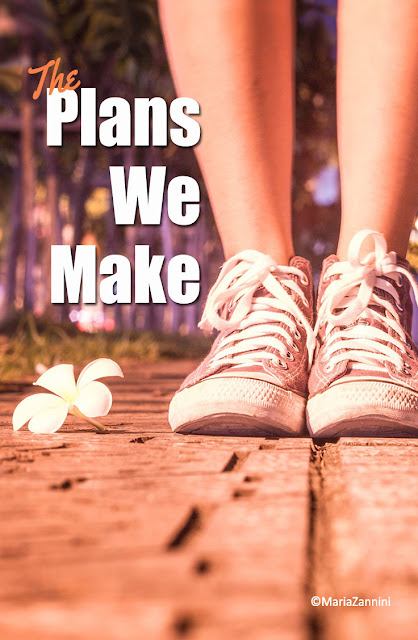 The other day Greg posted a meme that said:

My entire life can be summed up in one sentence...

Well, that didn't go as planned.

When I saw that I laughed because nothing could be truer. Did your life turn out the way you thought it would? Mine didn't.

When I was a kid, I received scholarships to my choice of prestigious universities known for their stellar arts program. I also had a mentor (a well known artist in advertising) who was happy to make introductions to get me in front of the right people. After uni, I'd hire on at one of the big cheese agencies in town. There was one on the very same block as our apartment building. It was kismet!

I had a good paying job at a newspaper and they had just offered me a promotion. Scholarships in one hand and raises in the other, a gorgeous boyfriend in the middle. Then Greg dropped a bombshell on me.

He was offered a chance to work at a chemical plant in Texas for double the pay he was making in Chicago. Would I come with him?

His life hadn't worked out the way he planned either, (he'd been studying space science) but he knew a great opportunity when he saw one.

It was one of those pivotal moments in life when turning in either direction would change your life in ways you never expected.

I wasn't interested in getting married. I loved working. I loved learning. I was on my way to the big time. I knew it. All the pieces were in place. All I had to do was say yes.

I remember giving it a lot of thought. Logic said I'd be stupid to bet on a wild card. I had a sure thing right in my hands.

Despite the money, the opportunities, and the familiarity with the life I had in Chicago, I said no.

I pointed myself south and followed Greg to Texas where we knew no one, had nothing, and owed everyone.

Anyone else with an ounce of brains would've been scared, but when you're young everything is possible.

Who knows if my life would've been any better in Chicago. When I go back to visit it's so dismally concrete and crowded. I think had I stayed it would've suffocated me.

I probably could've made it work, but I followed my heart instead, and discovered a whole new world.

I don't regret one minute of it.

How about you? Did your life go as planned?

Darke said…
What a lovely story! I didn't really have any plans, other than following rash impulses, but like you said when you're young, everything is possible. Mind you, I was a mess back then. Out drinking half the week, and I moved six times in the space of three years (one of those was a 'midnight move'). When hubby and I started dating, people told him to stay away from me. So glad he didn't. He's the best thing to happen to me. Well, next to my kid.

Jackie said…
Maria to be honest had no life plan but am very happy to say that the life Karl and myself have made has been pretty decent for us and no regrets about anything in it.
March 22, 2021 at 7:35 AM

Maria Zannini said…
Darke: Sometimes the people who come into our lives are the catalysts for not only a new world, but a better one. I'm glad he went with his heart.
March 22, 2021 at 7:39 AM

Maria Zannini said…
Jackie: I am notorious for making plans, but I have a sister who does not. In the end, we both reached our rainbows. Not necessarily with a pot of gold, but definitely with some color.
March 22, 2021 at 7:40 AM

B.E. Sanderson said…
ROFL... plans? Oh, I had plans... Thirty years ago, I planned to finish my degree and move out to Seattle for work. Then life happened. About twenty years ago, I had plans to stay in Utah, buy some land, and raise horses. Then life happened and I met Hubs. I hadn't planned on writing books. I never planned on 'retiring' to Missouri. Plans are nice. They give you something to work toward. But counting on them to work out is like counting on winning the lottery. Honestly, I'm glad all my previous plans didn't go the way I planned. I'm probably way happier than I would've been.
March 22, 2021 at 7:51 AM

Maria Zannini said…
BE: Plans are more like guidelines, huh? LOL. I think the happiest people are the ones who make what they have work.
March 22, 2021 at 8:38 AM

I love 'sliding doors' moments like these. I have only two. When I was very young I had the choice of following a career in catering for which I had recently qualified or going the academic route starting from scratch. The second sliding door moment was after my exchange year in America. The Principal of St Agnes High School for Girls in Queens, New York offered me a job and the chance to settle in America. Hugely tempted. But had I taken it, I wouldn't have met Bernadette or end up being the proud father of Thomas and Frances. One day, God will tell us all about it.
March 22, 2021 at 11:55 AM

Maria Zannini said…
Mike: You obviously made the right choice. I only wish we had bumped into each other while you were here. But we know each other now, so we still met.
March 22, 2021 at 12:45 PM

Maria Zannini said…
Luba: I had a similar offer to go to veterinary college. I regret not going, but I would've been separated from my husband and dogs for too long.

Angela Brown said…
So glad you followed your heart. 🙂

My life certainly did not go as planned. I was a college sophomore at university working on my business degree when I got the fateful call that my mother had been hospitalized and just a short time later had to bury her.

I buried my dreams with her... especially since all my dreams, I soon realized, were all geared toward doing things for her.

It took me some time and a lot of healing to get on my path without my mom as the beneficiary of my work.

I've learned to live without regret taking the time to recognize my lessons from the bad and embrace the joy from the good.
March 22, 2021 at 4:22 PM

Stacy McKitrick said…
I don't think I ever planned anything. I just live. Hubby's all about planning for retirement (and he's done a great job--we're pretty set). Thing is, I doubt he ever really retires. He likes his job (and the paycheck) too much.
March 24, 2021 at 9:24 AM

Maria Zannini said…
Stacy: Greg was never much of a planner, but when he hit his 40s he started making calculations and decided we needed to save every spare penny so we could retire early.

He might've stayed with his job had we been living together, but we were tired of living separate lives. Retirement was the right answer.
March 24, 2021 at 3:20 PM